One of the profoundest teachings of  The Diamond Sutra, one of the most influential Mahayana Sutras in East Asia and is a key object of devotion and study in Zen Buddhism states that there is: 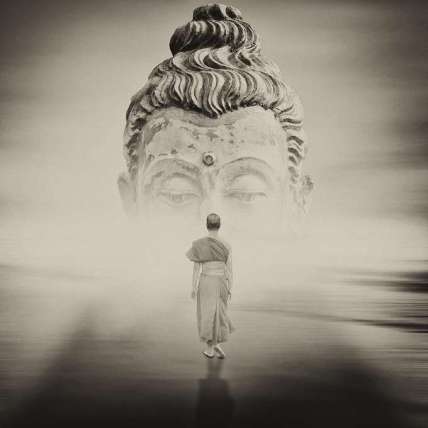 When the Diamond Sutra says “empty,” it means, empty of separate, isolated, independent existence. The Buddhist term here is Sunyata (शून्यता) – emptiness. A profound analysis of each of these phenomena reveals that without multiple other conditions beyond itself, on which it depends causally in order to arise, it could not appear at all.

Therefore, if you remove the necessary and sufficient conditions, as Western metaphysics might put it, that enable a phenomenon to exist, the phenomenon itself disappears. Because each of those conditions is itself dependent on still other conditions to exist, which themselves only interdependently co-arise, it follows that nothing ultimately has any separate existence, as the Diamond Sutra points out.

The ethical implication of this metaphysical claim is that to cling to any phenomenon as if it was permanent and independently existing, when in fact it is impermanent, interdependently co-arising, and empty of separate existence, results in suffering, unsatisfactoriness, or dukkha (दुक्ख).

A human being, for example, depends for his or her physical existence on the presence of an environment with sufficient oxygen, food, and water at the bare minimum to allow his or her continued living being, without which, he or she would cease to exist as a human being.

The same is true for everything else, which depends on conditions beyond itself arise. Therefore, the Buddhist teachings suggest, everything depends on what it’s not to be what it is.

Or differently stated, nothing separately exists, everything only inter-is, which is just another way of saying that it has no ultimate separate existence of its own. In other words, it is empty of separate existence.

This is a point on which the Hermetic Qabalah and the Mahayana Buddhism of the Diamond Sutra School agree.

Each of the Sephirot on the Qabalistic Tree of Life is empty of separate existence. As one Anonymous writer noted,

“In Da’at, all sefirot exist in their perfected state of infinite sharing. The three sefirot of the left column that would receive and conceal the Divine light, instead share and reveal it. Since all sefirot radiate infinitely self-giving Divine Light, it is no longer possible to distinguish one sefira from another; thus they are one.” 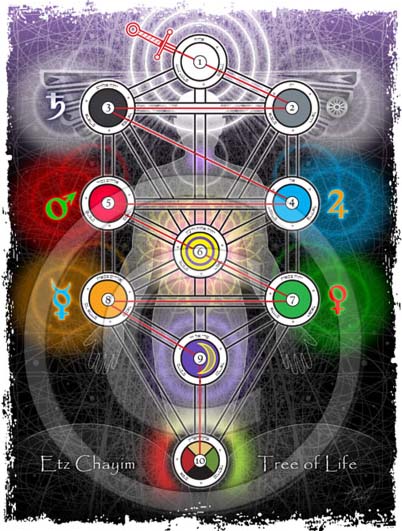 A well-known Zen Koan attributed to Master Chao Chou (778-897 C.E.) says “all things return to the One. Where does this One return?”

This phrase, properly meditated upon, is a powerful Zen technology for trigering a direct piercing of the veil of conceptual thinking, a direct seeing into the nature of reality.

But it could have easily been written by a Qabalist!

In the Qabalah, there is diversity and polarity, but it is all the manifestation of the same Source — Keter (כתר) — the Crown, Oneness or differently stated, nonduality. Without this One, there is no many.

But this, too, is not the deepest understanding. For Keter (כתר) is the manifestation of the Ain Soph Aur (אין סוף אור) , the Limitless Light, which we might call the pure awareness of Advaita Vedanta. 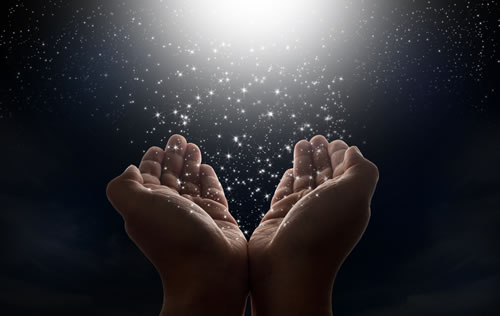 This is a profound realization in its own right, but awareness itself is not final. For the Ain Soph Aur (אין סוף אור) appears out of the Ain Soph (אֵין סוֹף) , Limitless No-thingness.

And even this is not as deep as the rabbit hole goes for the Ain Soph (אֵין סוֹף) emerges out of the Ain (אין), Absolute No-thingness. This is the Absolute of Nisargadatta Maharaj in the Advaita Vedanta tradition, which he describes as “prior to consciousness.”

Thus, both Zen and the Qabalah teach neither duality, nonduality, nor emptiness is final and exclusively clinging to any of these understandings as the exclusive truth is a big mistake. Ultimately, reality is neither One, nor two, nor neither.

If that sounds inconceivable, that is, literally beyond conception, it’s because to the Ruach–to use a Qabalistic term for the personal I/ thinking mind–it is inconceivable.

As Zen and the Qabalah both teach, to go beyond the realm of conceptual Ruachian understanding, even the Ruach, the thinking mind, the personal I, the subjective self, must be seen through and our hold released from it.

This, too, is the subtlest truth of Zen and the core Ultimate of Rumi’s Naqshbandi Sufism, the Godhead of the Christian mystics.

Whatever knowledge may seem to be it, that it is not.

This is one reason the Qabalah describes Knowledge — Da’at (דעת) — itself as an Abyss; many are the Mystics who fall into the Trap of Knowledge, contenting themselves with concepts and missing the Nectar that no concept can provide.

To Cross the Abyss on the Qabalistic Tree of Life is to transcend Knowledge itself.

How could the thinking mind ever hope to manage this task that is impossible for it ? It couldn’t!

To quote the Buddhist Heart Sutra,

“Avalokitesvara Bodhisattva was moving in the deep course of wisdom

which has gone beyond.

He looked down from on high and saw but five skandhas

(heaps of things that make up a human being — body, perceptions, feelings, mental formations and consciousness)

which, in their own being, were empty.

Form does not differ from Emptiness,

Emptiness does not differ from Form;

whatever is Empty, that is Form,

whatever is Form that is Empty.

The same is true of feelings, perceptions, impulses and consciousness.

O Sariputra ,all dharmas (things, phenomena) are marked with Emptiness,

they have no beginning and no end,

they are neither imperfect nor perfect,

neither deficient nor complete.

Therefore, O Sariputra, in emptiness there is no form, no feeling,

no perception, no name, no concepts, no knowledge.

no forms, sounds, smells, tastes, touchables or object of the mind, no sight

organ, no hearing organ and so forth to no mind consciousness element;

There is no suffering, no origination, no stopping, no path,

no cognition, no attainment, nor anything to attain.

There is nothing to accomplish and so Bodhisattvas can rely on the Perfection of Wisdom without trouble.

Being without trouble they are not afraid, having overcome anything upsetting they attain Nirvana.

All Buddhas who appear in the three periods, fully Awake to the utmost

right and perfect enlightenment because they have relied on the Perfection

Therefore, one should know the Perfection of Wisdom is the great mantra,

is the unequaled mantra, the destroyer of  suffering.